Employees at C.H. Guenther & Son (CHG) took the season of giving to heart again this year. Employees donated almost $658,000 to United Way as part of the annual campaign – a company record! That total was 25 percent more than the 2022 campaign’s goal of $525,000.

Almost every one of the company’s 15 U.S. plants  increased their participation this year. Some made tremendous improvement: 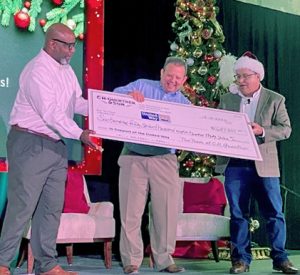 “The participation at our plants was amazing. A lot of people across the plants and at corporate headquarters took a leadership position to encourage one another to participate.”

This year, the campaign saw tremendous support through the generosity of Care Share contributors. As many as 688 employees elected to contribute at the Care Share level. Salaried employees donated 1 percent of their annual gross income, while hourly employees elected to contribute one hour of pay per month for 12 months. The campaign also was supported by several corporate fundraising initiatives including a golf tournament, a silent auction, and a 5K run/walk.

In addition to United Way, this year CHG employees across the U.S. also supported local food banks through annual food drives at corporate headquarters and at manufacturing plants. They also supported local law enforcement agencies, such as Blue Santa in San Antonio, through the donation of toys for the holidays.