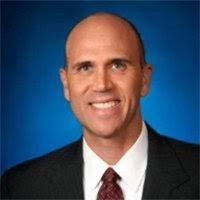 Most recently, Brooks served three years as Vice President, General Counsel and Secretary at XPEL, Inc., a global supplier of automotive and architectural protective films based in San Antonio. In this role, he led the legal and compliance functions of a rapidly growing international public company.

Prior to this role, Brooks served briefly as General Counsel for Haven for Hope of Bexar County, a non-profit organization that provides support services for the homeless in Bexar County. Brooks also worked at Tesoro/Andeavor (now Marathon Petroleum) for 12 years, serving primarily as strategic and legal advisor to the General Counsel and supporting the Marketing division.

Brooks received his Juris Doctor from Southern Methodist University and earned his bachelor’s degree in government from the University of Texas.

He and his wife have three children ages, 20, 17 and 11 and live in San Antonio. His family enjoys spending time camping and hiking.

San Antonio-headquartered C.H. Guenther & Son is a leading food manufacturer that has delivered high-quality products and “just baked from scratch” flavor for nearly 170 years. Founded in Texas in 1851, the global company employs more than 3,800 people in 27 manufacturing locations in the U.S., Canada and Western Europe. CHG is a leading supplier of value-added grain-based and frozen food products for foodservice clients and select consumer markets. CHG’s well-loved retail brands such as Pioneer, White Wings, Sun-Bird and Cuisine Adventures have been included at family meals for generations. CHG is owned by Pritzker Private Capital along with management and other co-investors.